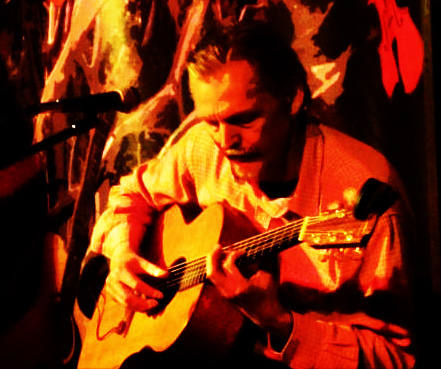 Sam Blight (64) was born and still resides in Western Australia, currently making a home with his wife Mary and several cats in the hills suburb of Boya, to the east of Perth.

He has traveled widely, including a stint during the late seventies doing voluntary work in an Indian ashram as well as many business trips all over the world during the entrepreneurial phase of his life, all of which has helped him value the unique (if somewhat isolated) charms of his home town.

Sam has been playing guitar since the age of thirteen and started writing his own tunes by sixteen. He grew up listening to the Beatles, Simon and Garfunkle, Donovan Leach and Bob Dylan. In his late teens he discovered recordings from the British folk scene by groups like Fairport Convention, Steeleye Span and Pentangle and has had a preference for mainly acoustic music ever since. Around the same time he started hearing finger style guitarists like Leo Kotke and John Renbourne and soon threw his plectrum away.

More recently he's been enjoying accompanying Irish tunes after being initiated into the dark arts of Celtic chordality by Ged Foley (Patrick Street band and half of esteemed duo with renowned fiddler Kevin Burke). Sam's wife Mary is a keen Irish fiddler and that's been a big part of initiating his interest in the genre. His more recent original output has had a noticeably Celtic influence and he's also enjoyed attending local Irish sessions and playing and gigging with friend and Irish fiddle virtuoso, Rob Zeilinski.

Sam works as a graphic designer during the day and has a history in commercial and industrial design (winner of several Australian Design Awards). He was co-founder of Rangs Boomerangs which he sold in 2000 but which still sells his boomerang designs all around the world to this day. 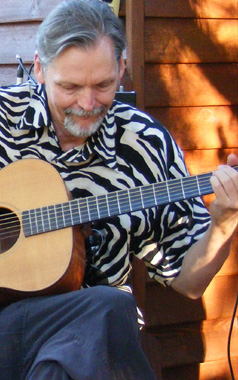